The American Presidents: Biographies of Our Chief Executives 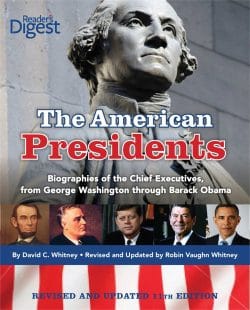 This is a great read in order to understand how the role of POTUS has evolved, what each person has contributed, and their personal journey to the office. Each POTUS is a short chapter of ~10 pages covering their background story, election, time in the role, and post-POTUS life. You begin to see a pattern emerge of POTUS’s rise to the role to fight problems in the governing system to make people’s lives closer to “life liberty, and pursuit of happiness” while others are more a creature of the system often preserving business and political interests at the expense of the general public. Strangely the biggest accumulations of power are by those fighting for the people (e.g. FDR). It’s also interesting to learn quirks of our history. For example, Chester A. Arthur (21st POTUS) was never elected, Virginia and Ohio produced the most POTUS’s, and more than 10% of POTUS’s died in office. Reading this book will help you better understand the role, our history, and become a better informed voting citizen.

Solving Tough Problems: An Open Way of Talking, Listening, and...

More Money Than God: Hedge Funds and the Making of...

Range: Why Generalists Triumph in a Specialized World

The Art of Learning: An Inner Journey to Optimal Performance

Team of Teams: New Rules of Engagement for a Complex...