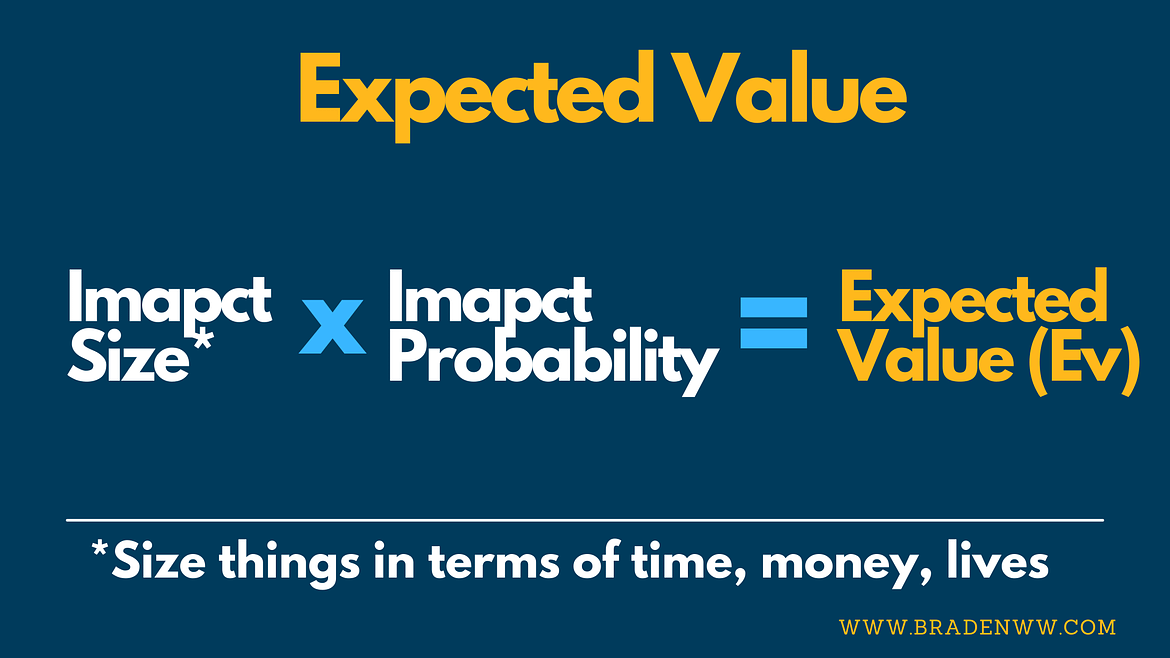 Moving from individual contributor to manager or executive changes your job — less doing and more decision-making. To succeed this requires a different set of skills, concepts, and frameworks that we need to learn and practice in order to make good decisions.

One way managers deal with challenging decisions is by having group discussions. However, in these discussions people often end up talking past each other resulting in interpersonal tension with no improvement in decision-making. The goal of this post is to explain three simple, yet powerful, conceptual frameworks that everyone can use to improve how we collaborate and make decisions.

The data vs. logic framework aims to clearly define the most important conceptual elements used in discussions to make the best decisions. Those four components are:

“Everyone is entitled to his own opinion, but not his own facts” – Senator Moynihan

One thing I’ve often seen in meetings is a person that draws a conclusion or promotes a strategy that’s their opinion without supporting data, or without sound logic. And even worse, an unwillingness to let others pressure test either. This is a recipe for bad decision making! As a manager you should watch out for this and aim to curtail it by encouraging thoughtful debate.

Thoughtful debate means people are working towards the same goal. Thoughtful debate means your case can withstand the group probing the logic or validating the data used to draw a conclusion. Often someone’s logic may be solid but the facts are wrong and so the conclusion is wrong, or visa versa. This is why it’s important to clearly distinguish the parts that are data vs. logic and test each one before drawing a conclusion.

When a set of data is presented during the decision-making process, above all you need to question its relevance and its truth. If all parties can agree on the relevance and truth of the data then it’s easy to focus the debate on the logic. On the other hand, logic needs to be scrutinized for its applicability to the goal and for how able it is to accommodate different sets of data.

If a group understands this distinction it can more easily navigate a debate to identify the parts that are data vs. logic, ask probing questions to validate what is the most relevant to the situation, and coalesce around a decision. And successful execution requires teams to believe in and coalesce around decisions.

Simply put, the expected value of an outcome is the potential impact (or value) multiplied by the probability of the outcome occurring. The same concept makes up the idea of expected return in finance. And while this concept is well known it’s often poorly utilized.

Using the expected value framework can help managers facilitate collaboration in three key ways. First, it encourages people to list all possible outcomes, including low probability ones. Second, it helps everyone size everything uniformly. I tend to size things in terms of time, money, and lives but you can add or adjust these categories. Third, it helps groups calibrate outcomes in both an absolute and relative sense.

When groups come up with a list of outcomes together it builds unity instead of competition. It also sparks questions that help others learn from each other and generate new ideas. And just like we need to confirm we’re all using the same data, we want to know how others size the impact of things. When it’s purely money it’s easy, but the hard decisions are more qualitative in nature and not everyone weighs things the same. Then comparing the whole list of the possible outcomes helps everyone use the same measuring stick. For example, exposing the list of deals on a sales team lets everyone see how big or small their deals are in related to each other, and against the total company revenue. Making expected value based decisions provides everyone a way to contribute and transparency in decision making logic that groups can better align on.

By using a confidence interval in framing decision making managers can start from a place of humility, recognizing that we’re imperfect beings making decisions with limited information. Teams will respect this and feel more inclined to engage in thoughtful debate. It also helps people get on-board with an idea. It’s much easier for people to agree with the idea that X is the most likely outcome than to agree with X is right. Since at the end of the day leadership and management is about bringing others along, this is critical.

Putting It Together in an Example

One of the hardest decisions managers make is who to hire. So it’s a great place to apply these frameworks. Let’s say you’re hiring a new B2B sales associate at your SaaS company and are down to deciding between two great candidates.

The two candidates – Tony Stark and Bruce Banner – are very different people. Tony is an extroverted and slightly egotistical personality with lots of analytical chops. Bruce is introverted, detail oriented, and a good listener. Who should we hire?

The COO, VP of Sales and a Sales Manager meet to discuss who they will hire. All three have interviewed both candidates. The sales manager kicks off saying he wants to hire Tony because the best employees on the team are more like Tony. This claim is both poor logic and lacks hard data. Other sales people being similar to Tony could be due to psychological biases. Or maybe the team is underperforming compared to industry peers due to having too many “Tonys”.

The VP of Sales points out that research from Salesforce, Gartner, and Indeed all show that the most critical skill the most successful sales people have are listening skills and that sales people with this skill on average achieve double the sales of the team average. This is a great use of data because it references multiple reports conducted across a range of businesses, and good logic for why Bruce could have a bigger upside.

The Sales Manager points out that Tony is a safer bet because and what his revenue contribution is likely to be since there are more “Tonys” in the company.

The VP of Sales counters the Sale Manager’s point by referencing a recent customer survey that showed 80% of current customers were inbound leads. Additionally, 40% of customers said they didn’t get everything they needed in the initial deal and had to go back to renegotiate within a year and that led to 10% customer churn. Furthermore, 70% of new renegotiated deals resulted in a larger contract. This new data is good and the logic provides key insights. It indicates that reps are not listening to what customers need and are leaving money on the table, increasing churn and lowering customer satisfaction. It makes the case for why not Tony.

The Sales Manager acknowledges that there’s a good chance that if Bruce is a fit then the outcomes could be significantly larger to the company than what Tony would likely bring.

Based upon the discussion the COO makes a recommendation to list the expected value of each candidate using the confidence interval of success as the multiplier and impact as the total revenue potential for each candidate.

In all scenarios Bruce has the highest expected value and is most likely to be the best bet for the role. During the process all three contributed data and logic, expected payoff, and confidence intervals to the discussion for sizing the options, which helped to gain buy-in and in the process helped the sales manager learn. It’s impossible to predict the outcome of a new hire, but by using these three simple decision making frameworks we increase the odds of making good hires that help achieve the big deal goal — more sales!

The core responsibility of a manager is to make good decisions — typically about money, people, processes, and technology. But it’s super hard! You have to contend with cognitive biases, imperfect information, execution limitations, limited resources, and many other obstacles.

Critical to good decision-making is the need to highlight the goal, get the facts, and then provide logic for discussion. Good managers encourage thoughtful debate by asking logic probing questions, validating data, laying out all the options, and calibrating opinions using confidence intervals.

The next time you have that discomfort inherent in a tough decision that leads to murky thoughts use these frameworks! They will help you become a more effective employee, manager, and person.